If you’re looking to get attention in the UK, a Facebook or Instagram post may be the way to go. But that won’t help you reach prospective students in China.

Instagram joined Twitter and Facebook on the list of social networks blocked by the Chinese government last September. However, China remains the world’s largest social media market, with around a third of the country owning an account on platforms such as QZone, WeChat and Weibo.

With around 400,000 Chinese students currently studying abroad, how do universities get to grips with these platforms for communication and recruitment?

At Pickle Jar Communications, we talk to institutions all over the world who are looking to get started or find their feet on these platforms. Which is why we’re welcoming Yuzhu Peng, also known as Altman.

Born in the city of Shangrao in Jiangxi province, Altman studied electronic information engineering at Xiamen University before coming to Newcastle University for a media and journalism course. He is currently researching a PhD on how people socialise and interact on social networks, and will be helping to provide insights to universities as Pickle Jar’s Chinese social media specialist.

In a quick Q&A, we chat with Altman about social networks, and what universities should know before diving in. 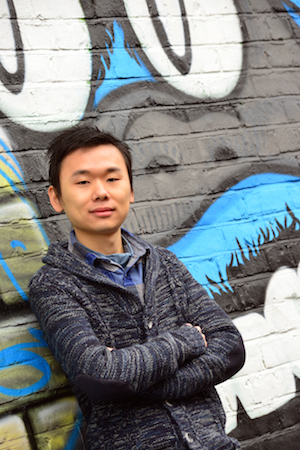 Hi Altman, and welcome to Pickle Jar. You came to England for a media and journalism course, but you’re currently focused more closely on social media. How did that come about?

I realised that social media is very important in today’s communications industry. Traditional forms of media don’t have all the audience anymore, so social media has a huge amount of power and potential.

You’re looking into how people communicate on social networks? In what way?

I’m looking into what I call “Digital Social Norms”. People act in a certain way in online social encounters. They do this because there’s an agreed social practice that is dictated between themselves and others, and influenced by technology and space.

While your network may include lots of people you already know in life, it’s still a semi-public space in which people can observe what you generate. In the past, people didn’t have sufficient privacy settings to filter out certain audiences, but in recent years platforms like WeChat have developed features to limit messages to chosen groups.

As we become increasingly mobile, location is becoming more and more important. We can use location as a form of self-representation, such as checking in to a fancy restaurant on social networks in order to portray yourself in a certain way. When you’re moving into the physical space, it makes online and offline more inter-related. This mobility is an important issue in how people socialise online, and companies can design their own campaigns to fit that.

A large amount of Chinese people use social media. But which platforms are most popular at the moment?

WeChat is the most active one at the moment, as it’s new and fresh. Weibo was popular for a while and it still is, but a lot of people have moved most of their conversations to WeChat.

In the past, a lot of Chinese social media was emulating platforms in the West, and you can still see this tradition in some places. Platforms like Weibo look similar in some ways to Twitter. But since China entered the World Trade Organisation in 2000, intellectual property rights have become more of a concern. So these days companies are trying to develop their own ideas and products. For example, Tencent developed WeChat which is much more unique and doesn’t have any direct parallels in the West.

How do people communicate on social media in China? Is it much the same as in the UK?

We share a lot in common. People in the younger generation have become more individualised in recent years, and their culture can be similar in some ways to the West. But we still maintain some traditions.

In Chinese culture, when your parents want to link to you on social media it’s much more difficult to say no to them. They become a unique audience for you, so you have to be careful. A lot of young social media users don’t want to talk to their parents about sensitive topics like personal issues and their love life, so it makes them more cautious about revealing that kind of information on social media.

So how should universities and organisations approach social media users on these platforms?

The most important thing is to choose the right platform. You need to be careful about which ones your users are actually active on. QZone still has the most users in China – and among students as well – but they don’t necessarily use it every day anymore, so the information you share might not be picked up.

Users like to try something new, so if you can make use of a social media platform they will be more likely to think you are open to their culture and may listen to you more. But they’ve got different reactions on different platforms. 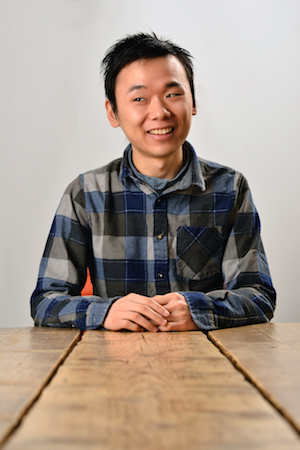 For example, they may be willing to subscribe to a newsletter or get information from one account, but not from another. On Weibo, you can post information a lot every day and they will be less likely to get annoyed, but if it’s on a platform like WeChat where they are more interested in interpersonal communication between friends, they may just end up blocking your posts. It’s not so great an idea to use something like WeChat to simply promote your business.

If you want to get somewhere on WeChat you need your audience to trust you, and communicate with them more as a friend.

You’ve been in Newcastle since 2012. How have you taken to England?

A lot of people – particularly Chinese people – complain about British food, but I’m quite used to it and enjoy it. There’s a restaurant in Chinatown called Blackfriars which is very nice, although it’s a bit expensive.

The temperature is much more tender here too. My hometown is in a sub-tropical area, and can go up to 35C, so I’m much more comfortable here in the summer.

When you’re not researching, what do you get up to?

I also admire people’s enthusiasm for football in this country. I’m a Manchester United fan, and I went to Old Trafford in 2013 to see them play Real Madrid in the Champions League. It was the first time I’d been, and it was different to any other place.

Get in touch with us to find out how we can help you reach your audience.