A Bluffer’s Guide To Being Useful At Conferences

Sometimes, they’re a welcome break from the daily grind, a chance to open your mind and learn new approaches from inspiring people, and to meet interesting collaborators. Just occasionally, they’re also an opportunity to put the world to rights with some willing co-conspirators in the hotel bar.

But what of the people who aren’t on the attendees list? How can you make sure they get nearly as much out of the event as you do (minus the hangovers).

We’ve got a few thoughts…

Tip One: The People You Are Talking To Are Not In The Room With You

It’s 10am. The industry conference of the summer is underway. The first speaker is fascinating, and the room is putty in their hands. You particularly liked that joke about how strategists are like pandas. ROFL, and so on.

Meanwhile, a 100 miles away, Susan is drinking her third coffee of the day in the office. She’s waiting on an email, and is absent-mindedly checking Twitter to get updates from the conference she couldn’t quite get to this year.

So what’s she going to think when you send this?

Well, it was a good joke. But Susan doesn’t know that. As far as she can tell, the conference has just been invaded by chucklesome Chinese bears. She doesn’t get the joke, and doesn’t learn anything. Susan goes back to reading Seth Godin and the Buffer Blog.

Context is key. If you’re sending a tweet out into the world, assume your audience knows very little. If you hear something interesting, try to share it as if you’re sharing words of wisdom with someone who wasn’t there. Feel free to paraphrase, and take pictures of the slides if there’s just too much amazing stuff on there for 140 characters. Those who aren’t there will get something out of it, and those that are will have a reminder that they can re-tweet or favourite.

Remember, in-jokes are great amongst friends. But they make other people confused and sad.

Tip Two: The Hashtag Is Your Friend

Whether you’re a conference organiser, a live-tweeter, or you’re scouring tweets for something interesting, your first job is to track down the hashtag.

Using the official event hashtag gives people an idea of where you are, and collects everyone’s tweets up in a nice little bundle for anyone who wants to browse through them. This is your best starting point if you’re planning on putting together a review of the conference itself, or picking out the best bits.

Most conferences let you know the hashtag in advance, either on a pre-conference slide or through their Twitter account. But it’s always worth checking, just in case you’re firing solid-gold conference insight into the hashtag for a half-marathon.

Tip Three: Fill In The Blanks

So you’ve started live-tweeting the event, and all is going well. You’ve shared the best quotes, and people are starting to look to you for updates. Well done.

Now, what else do people need to know right now?

One way to really add some useful background is to start digging up links. Is the person on stage mentioning a project they worked on? Dig up a link to that project (or better still, a video about it), and share that on the conference hashtag. Do they have a personal site, with background detail? Go find it, and share it. It may seem like a bit of a slog, but Google is your friend here. 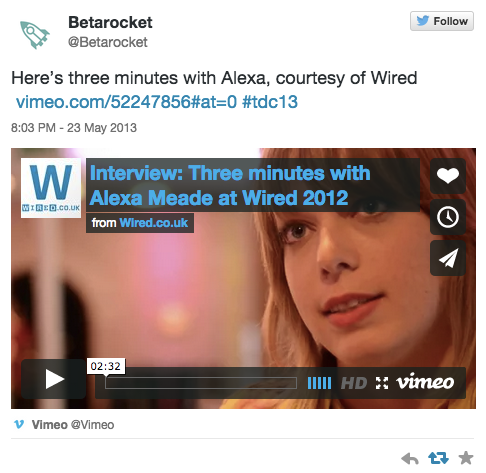 Putting good stuff on the hashtag is great, but over time it gets much harder to find online. That’s why people love the bloggers, curators and reviewers. Some of the most read reviews of conferences are written by people in the audience.

If you’re looking for a simple way to share the social media buzz around an event, try Storify. The platform’s been around for a few years now, but is still one of the best for curating Tweets, Instagram posts and other goodies into a good-looking story.

A few things to remember:

a) Try to build the narrative – Don’t just tweet a lot of empty compliments that say the same thing. Get the good stuff and the useful quotes in there, and give context if necessary

b) Mix up images, videos and text – Reading a long page full of letters gets old quickly

d) Find your big tweeters (and sneak a closer look) – If someone’s been solidly firing updates into the conference hashtag, have a quick look at their feed. They might have added other interesting quotes you can use, but forgotten the hashtag. Better still, a fascinating conversation or debate might have developed off the back of one of their tweets, and you could include that too.

Tip Five: Be The Tour Guide

Curating the best quotes and highlights from a conference is one thing, but you can also be useful outside of the venue itself.

Do you know your way around the host city? Put together a list that will make the two-day conference tourist’s trip so much better.

Attendees are going to be dying to let their hair down or relax after a day of talks, so why not point them in the direction of the best bars, restaurants and attractions in the area? 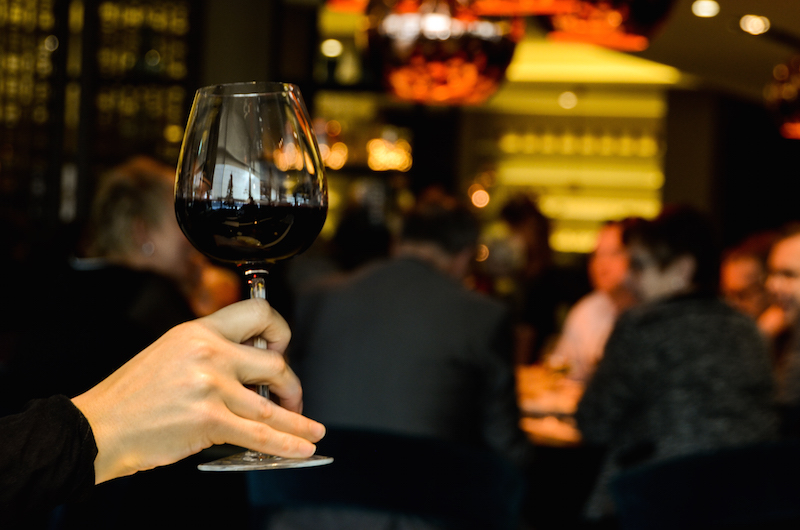 Tip Six: Be The Media

You don’t need a press badge to create the most popular report for an event.

There are all sorts of ways that you can create your own content, ready to be picked up in the conference round-ups or shared all over the place.

While you’re there, how about tracking a few speakers down for an audio interview? We’ve already chatted about the possibilities of platforms such as Audioboom, and you can use these with little more than a smartphone and a quiet sideroom or corridor.

If video’s more your thing, why not provide some great content for curators and your followers by capturing a quick chat or a tech demo using Youtube Capture, Vine, or Instagram Video? Or if you’ve got an audience that isn’t in a wildly-different timezone, why not livestream an interview or a quick event summary using Periscope or Meerkat?

Over to you. What information do you look for in a conference hashtag? What do you find most interesting? What tools do you use to create and curate during a conference? And how much time do you spend on your device, rather than looking at the stage?