The web is a giant community of stuff (if you’ll excuse the technical term).

People are uploading and live-streaming creative and amazing works every second of the day, from all over the world. Nearly every time we go online, we discover something we simply have to share.

But is that okay? Is sharing online acceptable, or will we be woken up early in the morning by sinister-looking people with clipboards?

Below, we’ll give you a quick rundown on what’s fine and what’s dodgy. But first, let’s get this out of the way…

JUST BECAUSE SOMETHING IS ONLINE, THAT DOESN’T MEAN IT’S PUBLIC DOMAIN

While you may be able to view creative works and writing for free, that doesn’t mean the creator doesn’t retain the copyright. So don’t get into the habit of just slapping the first image you see on Google up on your site or on your posters, and don’t – under any circumstances – start passing other people’s work off as your own. That’s not cool, wherever you are. 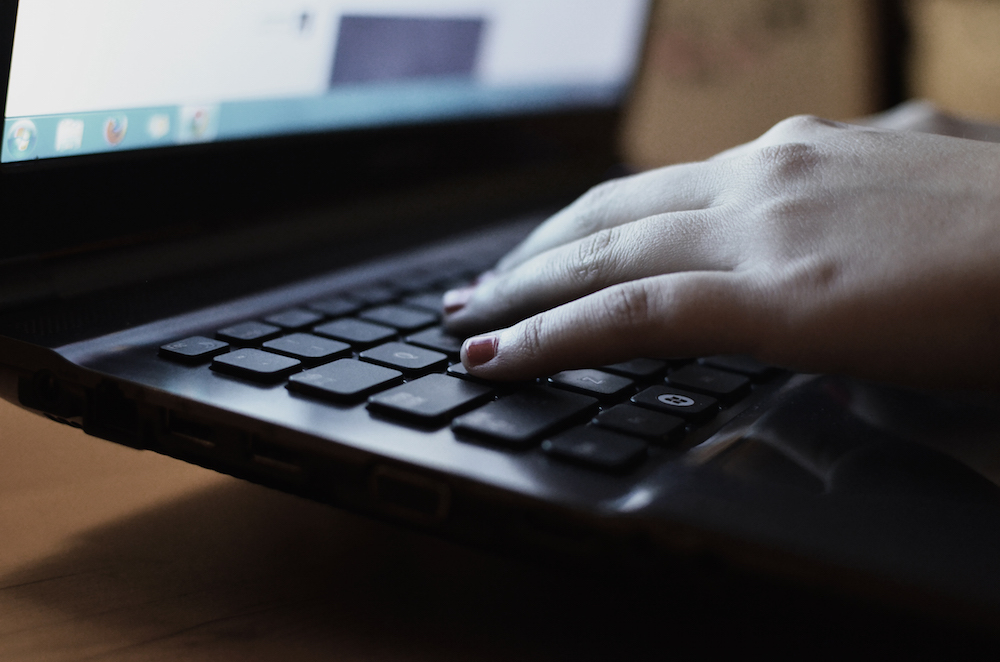 We’ll start by repeating what we just said. Plagiarism is a no-go. If you spot a piece of writing which looks perfect for your audience, there are a couple of ways to go about it – and one of them isn’t simply cutting-and-pasting it onto your blog with your own name on it.

If you’ve done this, you may receive an email from the original author asking you to take it down, followed by a “DMCA takedown” if you refuse. That’s when – under the terms of the Digital Millennium Copyright Act – an author asks your Internet Service Provider to take the page down on their behalf. So don’t copy, and respond to requests to remove copied works promptly.

Oh, and before you ask, a work doesn’t need a watermark or a little copyright symbol in it to be copyrighted, so that’s no excuse. Here’s a story from Orbit Media Studios about the time they discovered someone had lifted not only their copy, but most of their website design as well.

That post mentions a pretty decent tool for discovering when your content has been nicked, called Copyscape. Grammar checker Grammarly also has a plagiarism checker which trawls through about 8 million sites.

Google itself says that a good way to plummet down its search rankings is to copy other people’s writing. The technology it has developed to order websites in its search results penalises sites that have been caught stealing content.

So how do you share great writing without getting into trouble? That’s the thing. People actually love their work being shared, because it improves their visibility. Google’s search algorithm – which determines where every site pops up when a search is typed in – ranks sites higher when other web users link to their pages. So adding a link to someone’s article in your blog helps them find a larger audience, and is very much encouraged in the web community.

So how far can you go? Always credit the source, and link back to the page wherever possible. If you want to mention excepts, this Indiana University guide has some good pointers on when you’re straying into plagiarism. And if you want to re-publish the piece in full on your site, always get permission from the original author first. 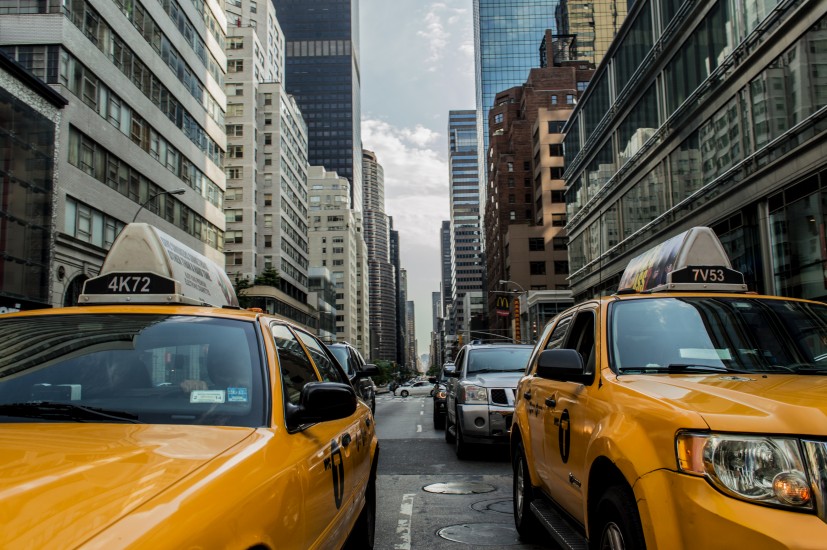 Photographers and videographers have to make money, just like the rest of us. They sometimes put their work online so they can showcase it to friends, their community and potential clients. That’s not an invitation to scoop them up and pile them into your blog like a hungry family at an all-you-can-eat breakfast buffet.

Many people put watermarks on their work to make it harder for others to steal it or pass it off as their own. But even if they haven’t done that, it’s not the toughest job in the world to track down who’s using it without permission. Google allows you to perform a “reverse image search” which will find where an image has popped up on the web, while tools like TinEye give creators the tools to track down unauthorised users.

Unless they’ve specifically passed on the rights to the work (or uploaded it to a platform which assumes the right to share as it wishes), creators get to choose how and where their work is used. So, if you get caught uploading that pic you found on Google Image Search, expect the creator to invoice you an inflated usage fee to punish you for your thievery. If you refuse to take the image or video down, you could also be sued. And that could be very expensive, as Daybrook House Promotions found out when they used a photographer’s work without permission. In these cases, you don’t get to decide what is or is not a fair price for the photo or video you’ve stolen. And, no, giving someone a “credit” isn’t a catch-all defence against theft (unless specifically stated by the author themselves).

There are sites on the web that allow you to use photos for free. Creative Commons is a license created to allow creators to offer their works to the world for nothing, but even then there may be small print on who can use it and how they should credit the original creator. Always read the license. To go one step further, sites such as Pexels offer Creative Commons Zero pictures, which are free to be used for any legal purpose.

As a general rule, always check the license on any photo you’re planning on using. If you don’t see one, ask the creator for permission, or just don’t use it. To summarise, here’s the Guardian with 10 excuses that probably won’t work.

If you’re caught uploading large chunks of copyrighted material, the owner can use that DMCA takedown we mentioned earlier to get your videos removed. If you’re on the receiving end of one or more of these, it can also cut off your access to certain YouTube features.

So, yes, uploading entire episodes of TV isn’t on. And sports leagues such as the English Premier League are particularly active in chasing down their content, whether that’s on YouTube or Vine.

In some cases, the use of copyrighted material can be justified under the “fair use” defence. That normally only applies if you can illustrate that it’s for non-commercial purposes, is a small part of the complete work, is used for criticism, reporting or remixing, and isn’t affecting the owner’s ability to make money. Rules differ depending on your country, but YouTube has a simple guide here.

But what about embedding?

Good news. While there’s a chance that the original uploader could have their video removed, there’s no specific liability to those that have embedded it on their sites. That’s according to a 2014 verdict from the Court of Justice of the European Union. Online copyright is a particularly fearsome battleground at the minute, and there’s not necessarily a definitive ruling for everything yet. So keep an eye out for any new landmark rulings, and major copyright legislation that may change the rules.

…Which brings us to one of the internet’s favourites. Finding out whether you can share gifs is as confusing and scary as Googling whether you should be worried about that mark on your leg. There isn’t a definitive ruling about it yet, so opinions range from “all-clear” to “prophecy of doom”.

For the most part, it’s unlikely that you’ll get in trouble for posting a gif on your site. Gifs are short bursts of moving images, usually re-appropriated to encapsulate an emotion or reaction. In that respect, they could fall under a “fair use” defence. And they’re often hosted elsewhere, which means embedding them shouldn’t be an issue. As a further protection, major gif sites such as Imgur and Giphy offer the option to request a takedown of user-uploaded gifs if they feel they infringe their copyright.

Some advise caution when posting gifs on your site, which is fair enough at a time when the legal position isn’t fully spelled out. Others say that gifs shouldn’t be a headache for smaller users who credit the author and embed from major gif-sharing sites. So far, no one’s been interested in bringing a copyright infringement case to court over a gif.

If you can’t get the worry out of your head, why not try making your own using your own videos and a tool like Gifrocket?

End of the financial year? Here are 10 tips for making the most out of end of year #budgets http://t.co/wQq8xFOX8t pic.twitter.com/VbAYiOLY0R

OH, AND WHAT ABOUT TWEETS?

Finally, did you know you could get in trouble for copying someone else’s tweets?

We know that retweets can – in extreme cases – get you into trouble. People have faced discipline at work for retweeting unpleasant stuff on their accounts (and, in case you missed the memo, the “my views are my own” thing that people put in their bio isn’t a defence for that sort of thing), and a retweet can also be interpreted as a fresh defamation by rule of law (See the Lord McAlpine saga in 2012 for an example of how that can escalate).

However, “stealing” tweets is also frowned upon. In some cases, Twitter will suspend someone found copying tweets, if they refuse to delete them promptly. Favstar features a blogpost laying out the process that people go through when they want to confront someone stealing tweets.

If you want to share something someone’s said on Twitter, you can retweet it with the touch of a button or “quote” it if you want to add your own comment (Twitter recently updated the layout of its “quote tweet” function to make it look more similar to the Facebook style). However, in these cases, make sure you’ve left an @ credit to the original poster in there.

Using a tool such as “Who Stole My Tweet?”, it’s actually quite easy to track down people who have copied your tweets word-for-word. By typing a user’s Twitter handle in there, it scours through the Twitter feed to see which tweets they’ve copied, and which have been lifted from them.

It’s pretty common to see people nicking popular tweets and passing them off as their own as they start picking up steam. Sometimes it’s annoying but bearable, and can be solved by merely confronting the thief directly. But, yes, you can act on it if you feel your work is being passed off.

Share widely and frequently. Bring interesting things to people’s attention by linking to the original author. Give credit where credit’s due, and everyone benefits.

But just because you found something on the internet, it doesn’t mean you can use it as you please. Don’t pass work off as your own. Don’t take something without crediting the author, linking, or checking the license first. And ask permission from the author before you “take” copyrighted works.

Be a good web user, and we’ll have no trouble here. 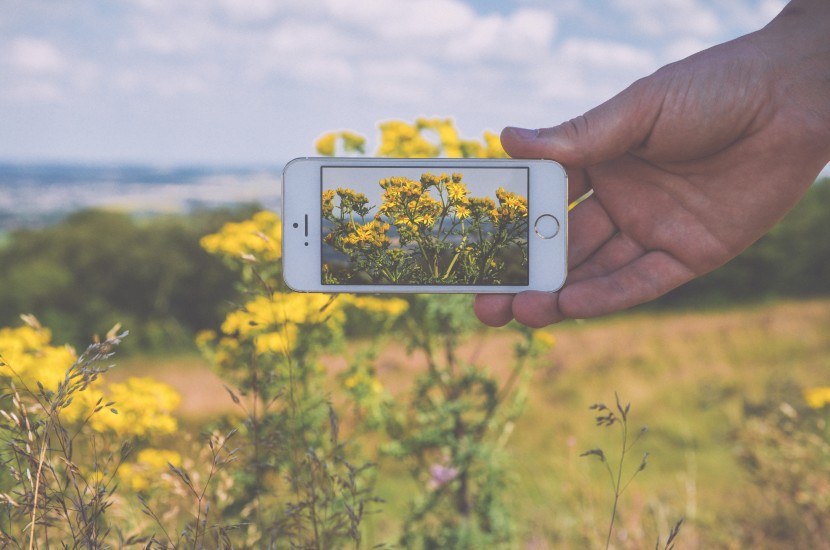