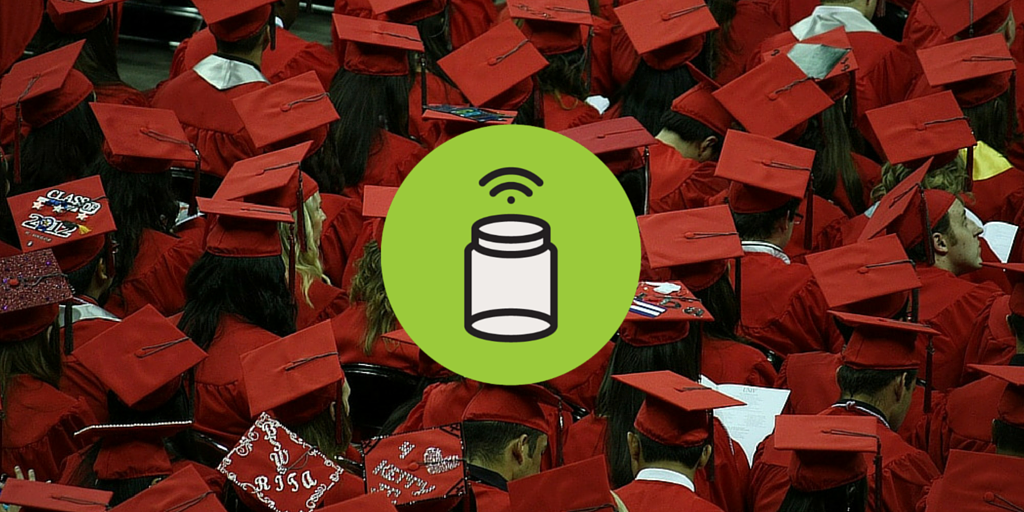 Mortarboards, black gowns, and parents beaming with pride… it can only mean one thing: graduation season is here.

As one of the busiest points in the education calendar (alongside results days, Freshers’ Week, exam time, and pretty much the rest of the year) it’s a great opportunity for universities to showcase themselves to the wider community.

Graduation gives students’ families a taste of what the university is like, it’s a chance to send students off in style, and there’s always the possibility of getting wider media coverage if you’ve got an interesting or heart-warming story to tell.

So this week’s five links are some graduation-themed things we’ve found in the last few days. Let us know if there’s anything you’ve seen that you think we might have missed…

First up is my own alma mater, Newcastle University. They’ve gone all out with their social media coverage of this year’s ceremonies, collecting graduates’ posts on a dedicated Storify page. To remind anyone attending that they could tweet or gram their photos, they also provided a giant physical hashtag:

Don't forget to share your grad photos with #nclgrad to get in our rolling graduation Storify http://t.co/czL5QebRSk pic.twitter.com/bxlv0Vigwo

Staffordshire University offered its graduands some pre-ceremony advice, by showing what not to do when approaching the Vice-Chancellor for your handshake:

This one’s from last year, but it’s a great example so I’m including it anyway… City University used its status as a BuzzFeed Brand Publisher to provide a list of tips to help students make the most of their graduation day:

Unfortunately for the University of Birmingham, their graduation celebrations made the newspapers for the wrong reason – an apparent ban on the tradition of throwing mortarboards in the air:

And finally, from a high school graduation in the US, I’ve managed to squeeze Taylor Swift into a blog post again… the graduating class at Portsmouth High School in New Hampshire spent a bit of time choreographing a dance routine to Swift’s “Shake It Off” as a surprise for their guests:

Anything we didn’t spot? Did you do anything at your graduation ceremonies you think we should know about? Get in touch!