Five Links On Friday: Back To The Future

By Robert Perry Posted in - Five Links On Friday on October 23rd, 2015 0 Comments 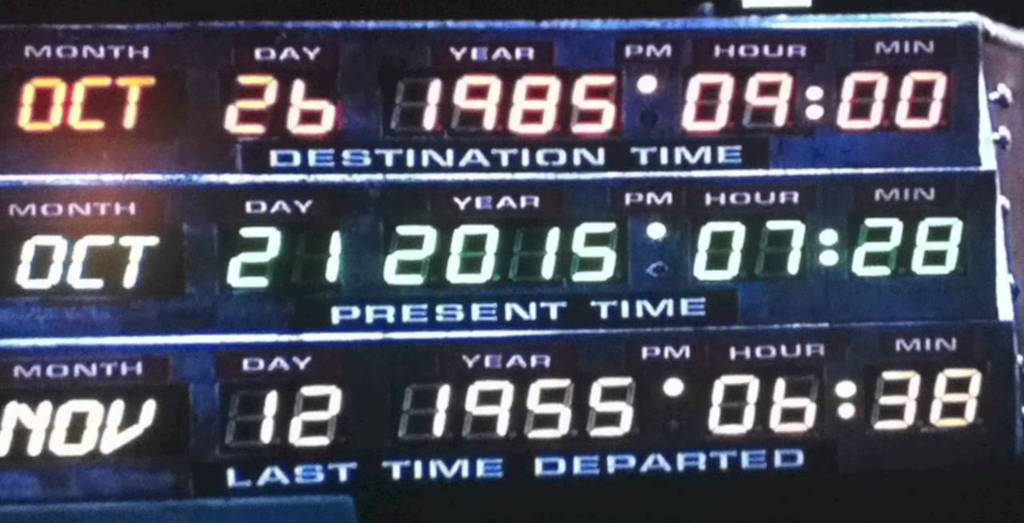 This is heavy, Doc.

Many of the predictions about the future from the movie haven’t come true yet (hoverboards, rehydrated pizzas, a fax machine in every room), but there was one big change which the movies didn’t depict: social media.

And boy, did everyone jump on the Back To The Future bandwagon this week. I’m a fan of joining in with the discussions on a trending topic on social media, so I was pleased to see a couple of quirky and interesting posts from some university accounts – and I’ll come on to those in a moment.

But sometimes it’s best to stay away. It’s not always appropriate to take part in a pop culture trend, as the UK’s Department for Work and Pensions discovered when they tweeted this on Wednesday:

I don’t even know what they’re trying to say here, and I have no idea why there’s a strange monster in the DeLorean. It makes light of the important message about ensuring you have a pension, and actively confuses the reader by initially suggesting they don’t need one.

There were much better attempts out there, but here are a few HE-related ones I found:

My favourite was from the University of Leicester, who set up a new Department of Transtemporal Studies to mark the occasion:

“Anyone studying for a degree in Transtemporal Studies can be sure of solid employment and steadily increasing wages for at least the next 50 years (apart from a brief recession in the late 2040s).”

The Open University took the opportunity to talk about the science of time travel and show off some of its online courses:

It’s #BackToTheFuture Day! But is time travel possible and what future are we living in now? https://t.co/b5eKGTFCUg pic.twitter.com/3FJKXOVgvk

I’m surprised other universities didn’t do something similar, as it would have been an obvious connection for physics departments.

The University of Sydney brought a DeLorean to campus on the day:

And Harvard University took advantage of the fact that one of its buildings highly resembles the Hill Valley Clock Tower, and stopped the clock at the plot-relevant time of 10:04:

Did I miss any other education-related Back To The Future tie-ins? If so, let me know before I write this post.

So on to this week’s interesting links…

First up this week – how social listening can work as part of the university application process:

How can #HE use social listening to manage applications? Good blog from @Pulsar_Social –http://t.co/q3VvrgzgtV pic.twitter.com/vqZ6hz9VfZ

Followed by some musings on where we should let people find our content – on our sites, or elsewhere? (also dinosaurs):

Now that this year’s crop of graduates are out in the big bad world, do you know where they are? Do they still care about you? The student journey doesn’t end when they leave:

Engage with #alumni & encourage them to become advocates of your institution https://t.co/QJIZAoRUri by @pez_sez pic.twitter.com/PNtjm3mOj6

YouTube Red is coming. Are people willing to pay to get rid of ads?

You could soon be paying for @YouTube to be ad-free with their $10 subscription service https://t.co/gpv4dF2YVG pic.twitter.com/VL672qbjvI

And to finish up this week, a roundup of great examples of universities using Instagram:

You are using Instagram, right? Give us a call and we’ll help you get started (or give you some tips on how to get better at using it).

“Make like a tree… and get out of here!”