Five Links on Friday: Too Much Chocolate?

By Ellie Lovell Posted in - Five Links On Friday on April 1st, 2016 0 Comments 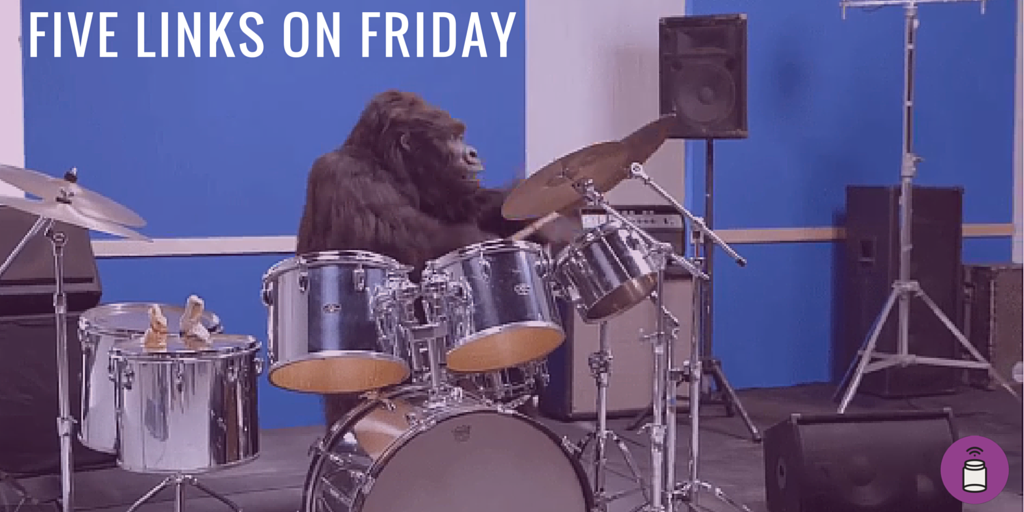 Hooray for Easter! We’ve had two four day weeks, and many schools, colleges and universities are still on holiday. Our cupboards are full of chocolate, the sun is shining, and the evenings are longer and brighter since the clocks went forward last Sunday.

So much to be cheerful about…Unless you were the person managing the Cadbury Twitter account last weekend:

Even if you're having a rubbish Easter weekend, take solace in the fact you aren't doing social media for Cadbury. pic.twitter.com/PsNKqaaE4q

Cadbury came under fire with accusations of them removing the word “Easter” from their Easter eggs. According to the official statement, it’s not “policy” to remove the name of Christian celebration from the Easter chocolate-y treats, but hey, it’s obvious they are Easter eggs without it being stated on the front!

I remember many years ago, having conversations about whether we should talk about Christmas and Advent or whether Festive Holidays and “Christmas Countdowns” were less religiously biased. But if they are official UK holidays, why shouldn’t we talk about them in our marketing communications, along with many other religious festivals that are celebrated by our staff, students and other key audiences?

There was also a nod to Cadbury in Aldi’s video featuring the famous gorilla, drumming along to Phil Collins.

Are you excited for #Easter (and the bank holiday weekend)? So are we! #AldiFavouriteThings pic.twitter.com/xaZjf3BqXX

This parody follows on from their Christmas advert mocking the John Lewis ‘Man in the Moon’ ad (and their competitively priced telescopes!). Nice work Aldi – we like your sense of humour.

Now whilst you’ve been enjoying the Easter egg hunts, here are a few things that you might have missed this week:

As it’s April Fools day, here’s a round up of our favourite pranks from last year! We’re looking forward to seeing what creative ideas universities come up with today:

In the spirit of #AprilFools, here are our favourite #highered pranks from previous years https://t.co/USGpHfoDHM pic.twitter.com/FPh2FFQecx

We like to keep our eye on new and emerging trends and tools and last weekend, Periscope celebrated their 1st birthday, seeing over 200m broadcasts in year one:

Five things you should be doing to create an effective #contentstrategy for #fundraising https://t.co/vT6kqRNDFX pic.twitter.com/pfgKIYX7bC

The social media team at University of Victoria have written this useful blogs post with tips on running a social media campaign:

From the team at @uvic – 10 tips for running a #socialmedia campaign https://t.co/rgVflnH56t pic.twitter.com/94M5o8bUCO

And as we start thinking ahead to the Summer, new research from The Student Room shows that students want to see the Ucas clearing system abolished:

Finally, let us know if you’ve played any pranks today and we’ll be rounding up some of our favourites in a blog post next week. Have a great weekend!