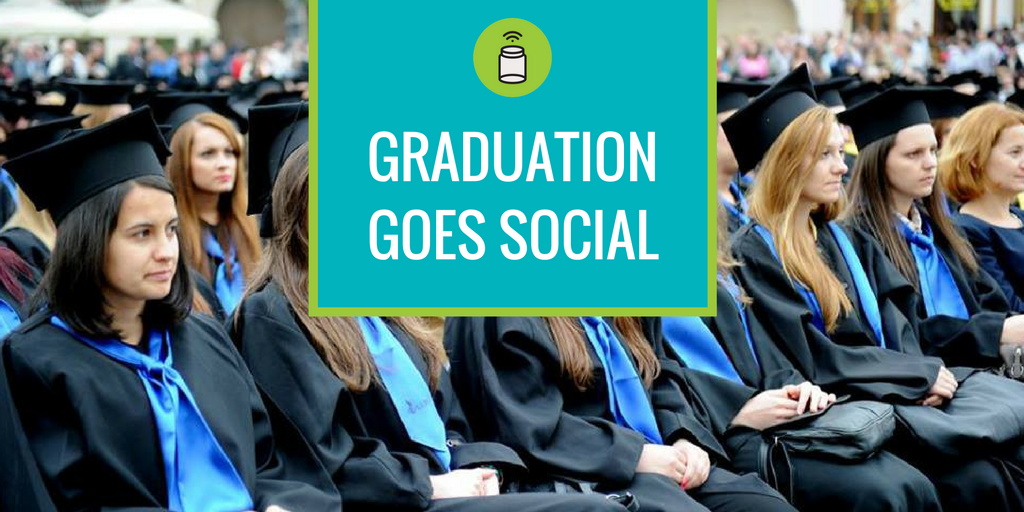 Graduation is one of the biggest events in the university calendar – a huge celebration of student achievement and a great day to engage the whole university community on social media.

So what’s been popular at this year’s graduation ceremonies? And are there creative ideas from other institutions that you might want to try out next year? Here we share some examples…

First of all we have to talk about Snapchat…

Graduation is a great opportunity for universities to experiment with Snapchat. Even if you don’t want to post from your own Snapchat account, your students will likely be posting on theirs. 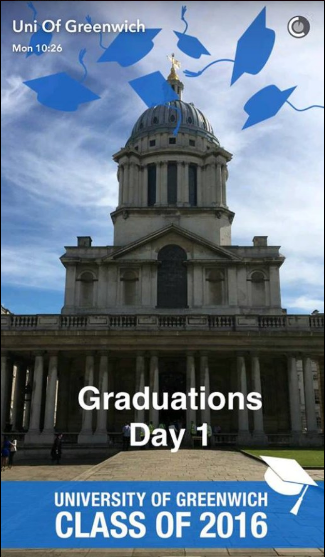 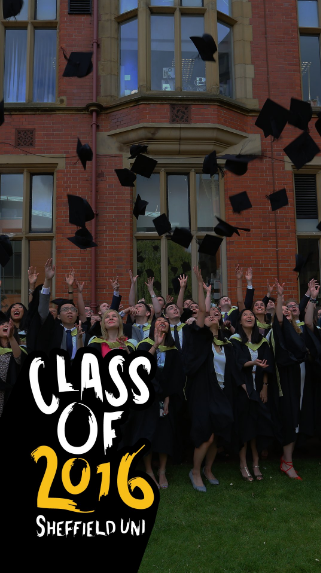 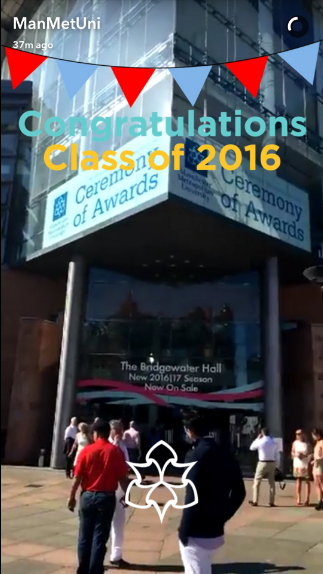 And FE Colleges were also getting on the Snapchat action. Newcastle College created a filter for their HE graduation ceremonies:

Graduates! Have a go at our fun graduation Snapchat filter 😄 pic.twitter.com/Zuwe9BMViG

Other universities have used Snapchat to give an “access all areas” account of the day by allowing students to take over the channel. Rather than the typical hand-shakes and hat-throws, your contacts see behind the scenes in the robing room, corks popping, and the anticipation and excitement of friends and family.

Some universities used their own Snapchat channels to post stories of the day. Here’s a video round-up that Keele posted on their Facebook page after the event:

For years, universities have been live-streaming graduation ceremonies for loved ones and friends who cannot make it on the day. The launch of Facebook Live has suddenly made live-streaming a much more accessible option for broader audiences to gain an insight into the big day.

BPP University streamed their graduation ceremonies, and they are now available as videos on their Facebook page for prospective students, current students, alumni, parents, and staff to watch again.

Loughborough University developed a fun and colourful microsite for their graduation ceremonies. The site included an online photo booth for students to take their snaps, choose a graduation-themed frame and share them on social.

This is a fun idea, but I’m sure many students were too busy snapping selfies on their mobiles to take a shot in the online photo booth. Of course, Loughborough also had that covered with their Snapchat filter!

Our @Snapchat filters will be gone at 6pm! Get your photos in before then 😁📸 #LboroGrad2016 pic.twitter.com/PR9nHMVwtX

However, the site also collated social images that students had posted online using the #LboroGrad2016 hashtag, key locations for them to be aware of, and snippets of advice from alumni.

Not something that can be deliberately set up by Marketing, but certainly something to remember and a great story for social media…  And there were a few this year!

The highlight of graduation, a marriage proposal on stage! What a week it's been! 🎓❤️ #USWgrad #graduation #loveUSW pic.twitter.com/Ob7evdiJL4

Congratulations to all those graduates who got engaged on their graduation day!

Each year, universities announce their honorary graduates a few months before the big event, and despite the achievements and success of those awarded, we’re sometimes left wondering exactly who they are… So it’s always fun when we see some names that we recognise on the list! And it’s a great way to get some coverage of your graduation.

This year we saw Peter Kay at University of Salford…

Our honorary graduate @peterkay_co_uk gave us some inspiring words for our students and graduates #SalfordGradhttps://t.co/IC6g89BZ8s

The acceptance speech I gave for those graduating @UWEBristol is up. Thanks again all esp @teamaxe ! Xx https://t.co/KlmJw6DfHw via @youtube

And not an honorary grad, but a Pro Chancellor, Seb Coe featured on the Loughborough Snapchat account and other social channels.

And of course, if you can’t get celebrities at your ceremonies, try squirrels like Keele did…

Keele Squirrels are ready for Graduation! Follow their Snapchat story this week 👻 pic.twitter.com/8fmPi3NMgD

And finally, a few other interesting tweets we spotted…

Imperial embraced the date of their ceremonies with this Star Wars Day reference:

The University of Warwick used Canva [also one of our favourite tools in the PJC office] to create a shareable infographic with some key facts about graduation.

Here are some facts about graduation that you may not know #warwickgrad pic.twitter.com/QEGlXDwIWt

You can read more from Dave Musson about Warwick’s social media performance during graduation season.

And we can’t do a graduation blog post without mentioning Broward College’s GradSHOEation. This idea is from a few years back now, but was embraced by graduates who wanted to show off their specially selected ceremony shoes!

We hope you’ve enjoyed that round-up of graduation social media highlights. Did you spot anything particularly creative and successful that we’ve missed? If so, pop a comment below. And if you need help making your 2017 graduations more social, get in touch.