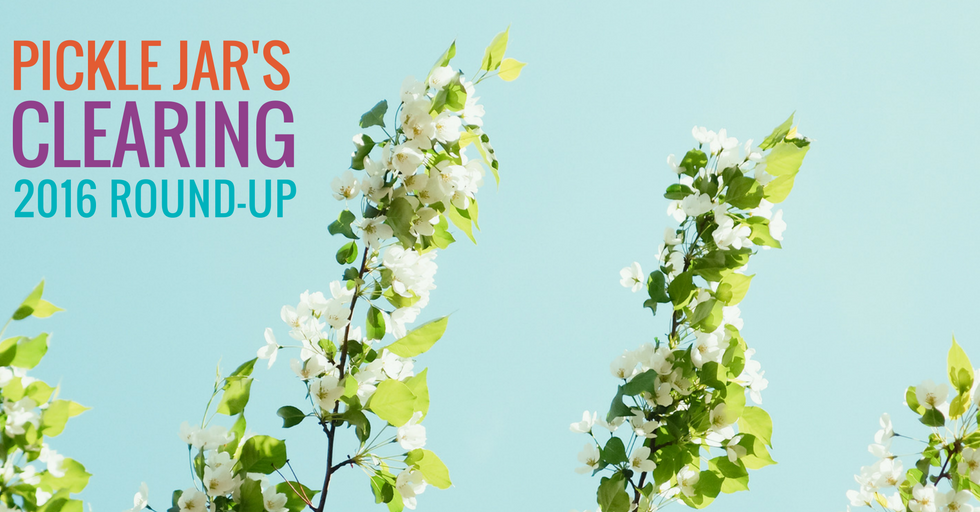 Clearing – probably the most highly anticipated day of the year for higher education student recruitment staff. The phones are manned, the scripts are written, the staff are waiting. But what other endeavours have universities gone to to ensure they get the highest calibre of students through Clearing? In this round-up post, we pull together some of the best efforts of the build up to Clearing 2016.

Dating app Tinder has a whopping user base of 50 million, with 38% of users being between 16-24-years-old. The University of Salford tapped into those users by setting up their own ‘dating profile’ on the dating app to speak to students to promote their matchmaker Clearing service. 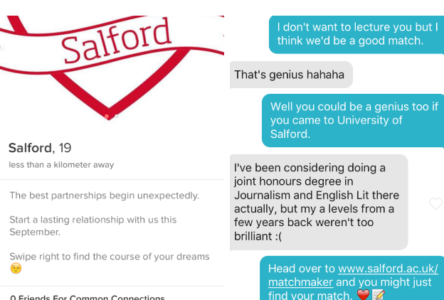 Their campaign video also pokes fun at mobile dating, whilst including key messages about the available service, with jokes that anyone who has used Tinder before will easily relate to.

We’ve spoken about education institutions using BuzzFeed before, and a few universities invested in producing content for the social news site as part of their Clearing campaign. BuzzFeed is well known for its listicles and funny articles, so London South Bank University created articles in the community section with helpful advice on Clearing and choosing a university. 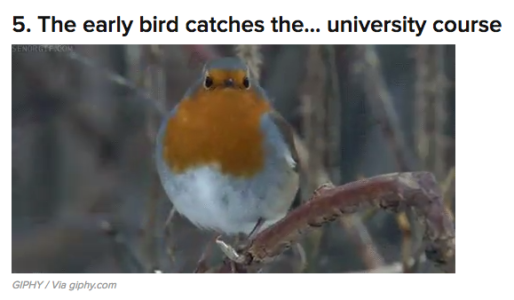 I particularly like LSBU’s 10 tips, which offered helpful advice and more subtle hints about the university, rather than just making it about themselves.

Making the most of video

There have been some really strong videos developed specifically for Clearing this year. Here are some of our favourites:

The University of Nottingham have produced a fantastic vlog on what to do on results today. The opposite of stiff and scripted, this vlog is natural and doesn’t feel like it’s been created specifically for a university campaign:

A helpful animated guide for understanding Clearing from Abersywth University has racked up over 13,000 views on YouTube:

Using the Clearing success story of their very own SU president, Middlesex University explains the ease of the Clearing process:

As you’ll know from our Snapchat directory, many UK universities are now using Snapchat to engage with their audiences. Clearing presented itself to be a great opportunity to connect with followers and share the ins and outs of the day. Here are just a few of the universities who used Snapchat as part of their Clearing campaign…

Coventry University took advantage of one of the newest Snapchat features to show off images of their new campus facilities: 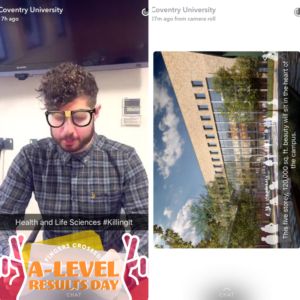 Loughborough University shared calming advice in the build up to Clearing: 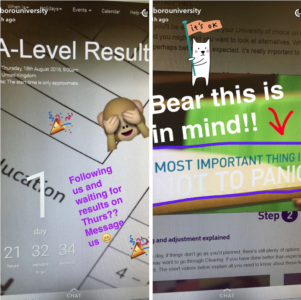 And Anglia Ruskin University got their mascot involved and gave us a behind the scenes tour of what happens on A-level results day: 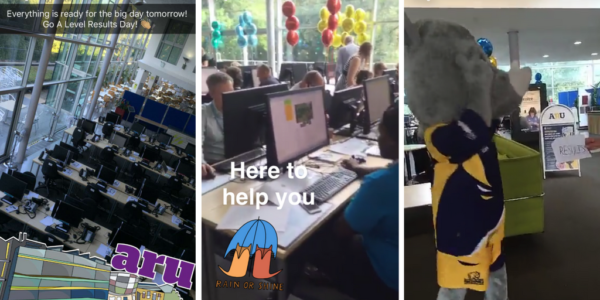 Nailing the Clearing hashtag could be make or break for your campaign and this year we’ve seen loads of creative ideas.

One of our favourites was the punny #GetInSun from Sunderland University:

94% of our graduates are in employment or further study within six months of graduating – (DLHE) survey 2016. pic.twitter.com/tpju0emjFO

Trending first thing in the morning was University of Birmingham’s #HelloBrum:

The sun is only just rising over campus, but we're all set to say #hellobrum today! #goodluck pic.twitter.com/uA3Bb8aZvN

Getting your name or acronym into a hashtag helps keep it clear and simple like De Montfort:

With the boom of live video in the past year, it’s not a surprise that we saw behind-the-scenes footage, Q&As and campus tours.

Keele University’s SU officers hopped on a golf buggy and gave an interactive tour of their beautiful campus:

Did you create something awesome for Clearing? Share it with us on Twitter. If you would like help creating your next campaign, please get in touch, we’re here to help.