What does Donald Trump teach us about brand perceptions? 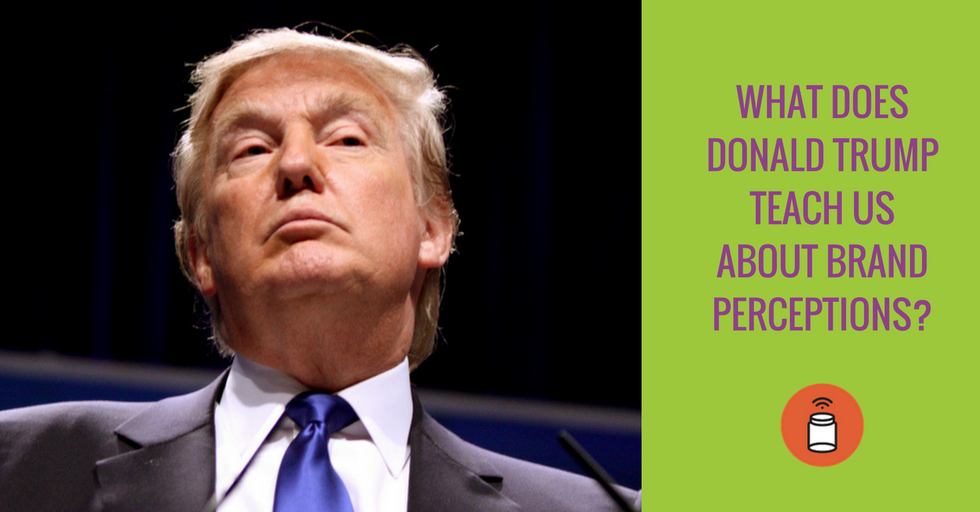 Millions of people around the world tuned in on Monday night to watch the first presidential debate of the 2016 election. Initial reactions after the debate showed that Clinton was perceived as the winner by about 62% of the audience. She is the more experienced politician, so her success at the debates should have been a foregone conclusion. But her opponent is not a typical presidential candidate.

Donald Trump says ridiculous things, but that’s now the norm – so when he says another ridiculous thing, we’re immune to it.  The Trump persona is such that we adjust our definition of acceptable behaviour for a presidential candidate. Even some of his less crazy comments and outbursts would have sunk any other candidate by now, but how can he go too far – when “too far” is where he always is? 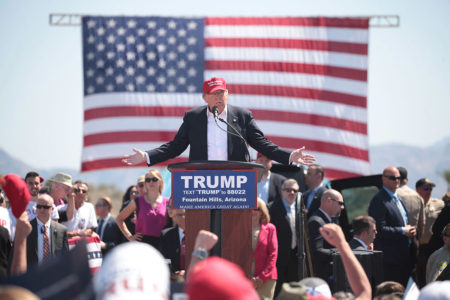 Now, I would never advise anyone to behave like Donald Trump, but that doesn’t mean that there aren’t lessons that we can learn from his campaign. The Donald Trump persona might be real, it might be crafted, it might be a mix of both – but it is remarkably consistent. By constantly pushing the boundaries of what we expect, he allows himself to say ever more incredible things. This message of consistency is what we can take from Trump.

In the same way that we have learned to expect the unexpected from Trump, brands should be presenting a consistent personality so that their audience knows what to expect. Some of the best brand personalities are those that are defined and consistent – Innocent is always the go-to example in these situations. But others are more unusual – Arena Flowers uses absurdist humour as a key part of its brand personality, and Paddy Power has long been known for going to the limits of good taste in some of its advertising.

Maintaining this kind of personality across all your communication channels can be challenging, which is one of the reasons we don’t see it from more brands. And it’s not always the best fit – we work with a lot of universities and colleges, and there are many reasons why more edgy communications aren’t appropriate for these institutions. But that doesn’t mean you should rule out incorporating elements of the unexpected into your messaging.

My esteemed CEO, Tracy, has long been an advocate for examining how we use humour in brand communications. If you’ve heard her speak about this you might have taken part in an exercise which asks us to think about where your organisation sits on a spectrum from “dull as dishwater” to “freakin’ hilarious” – and no doubt placed your company towards the lower end. And that’s fine! No-one expects brands to be hilarious.

That’s where the Trump lesson comes in. Because we expect Trump to say ridiculous things, there’s very little impact when he does. But just think how much less “out there” most others have to be for people to think it unusual. 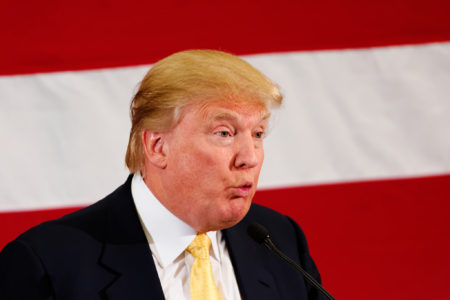 In May this year, the National Spelling Bee got international attention for more than just the incredible vocabulary skills of the kids involved. The official spelling bee Twitter account got involved in online conversations about the event, making a point of correcting the spelling and grammar of some of those tweeting about the competition. None of this was done cruelly, but it was unexpected enough to make people take notice.

Brands don’t have to go too far to have gone “too far”. If you’re constantly being “out there”, you need to be able to maintain it – and that kind of content might be a big contrast with the rest of your output. Instead, just occasionally confounding the expectations of your audience can be enough to make them smile, or retweet, or click your link. You don’t have to offer to build a wall at the Mexican border.