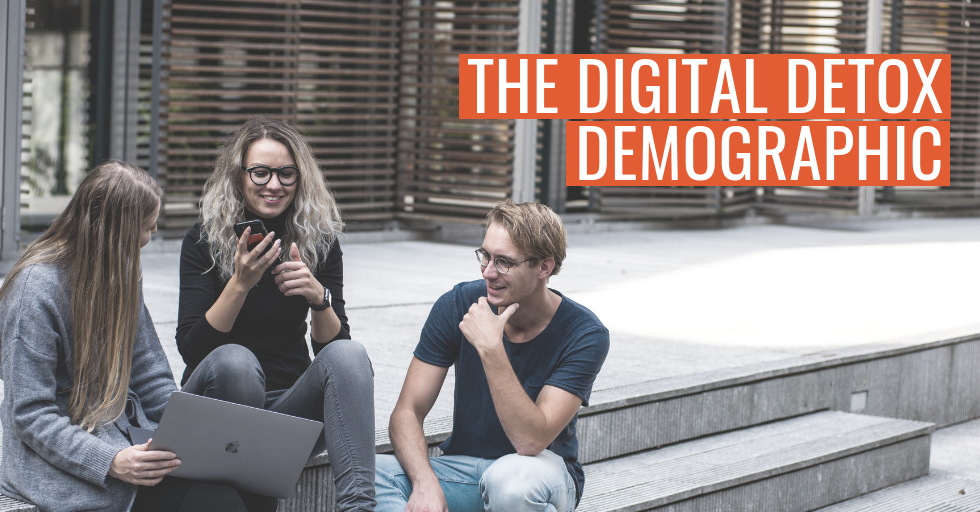 Reports of Facebook’s death may be greatly exaggerated. However, with evidence connecting social media use to poor mental health piling up, more and more young people are choosing to log off altogether. This poses an interesting challenge for universities, many of whom have spent the last decade trying to wrestle their way into the digital arena.

When you’ve spent so long fighting to increase your social media presence, it may be disheartening to hear that young people are becoming increasingly disillusioned with the ubiquitous platforms. But the higher education sector in the UK claims to place a high value on mental health support and wellbeing – and perhaps continuing to bombard our audiences with content designed to keep them on social media platforms for yet more hours a day is not always the most responsible, or caring, approach.

If it is the case that an increasing number of young people are choosing to distance themselves from the platforms that university marketing teams have come to rely on, what’s next? Does your university’s content strategy model still stand up when platforms such as Facebook are out of the picture, or is it excessively tied to particular tools?

Some of the world’s major youth brands are leading the way in showing that there is life beyond social media and craft offline marketing campaigns that also show you care. Here’s how they are reaching their audiences using methods that aren’t dependent solely on social media.

Newspaper headlines have been telling us for years about the rise of the ‘experience economy’. As the digital world has grown more powerful, we’ve also seen a rise in people’s hunger for genuine experiences in the physical world. Young people are part of this trend, consistently stating in surveys that they prefer real-life experiences, face-to-face interactions and are strongly affected by FOMO.

Spotify has previously been heralded for its clever billboard campaigns and is itself becoming an important space for marketing to young people. But their Guestlist Tour campaign relied on real-time interactions with people. Spotify toured university campuses to meet students, handed out freebies, and encouraged them to enter a competition to be taken on a ‘VIP’ holiday with an exclusive gig as the climax of the event.

The Guestlist Tour showed that young people crave exciting experiences, want freebies that make them feel part of the ‘in crowd’ and love being made to feel special: who doesn’t? The key is to offer something that your audiences actually want. Few institutions will have the budget to offer equivalent experiences to the Spotify trip, or the inclination to fund an alcohol-fuelled party. The good news is that staying in is the new going out, so why not offer students a ‘night in’ kit to enjoy with their flatmates. Or for that VIP feel, perhaps you could negotiate an exclusive behind-the-scenes tour of an iconic site in your city?

When Facebook launched a physical magazine back in June, the media heralded the final resurgence of print among the digital disruptors. Many universities are still a few steps behind, having have clung fast to the printed prospectus as a key recruitment tool despite enormous advances in the information offered online about individual courses. Perhaps it’s time to reconsider the role of print in the ever-evolving digital landscape.

The Guardian’s recent ‘branded content campaign’ was a fascinating example of online and offline content coming together. In an elaborate advertorial for the Google Pixel 2 phone, exclusive use of programmatic ad space and a series of commercial features were combined with an online influencer campaign. Ten fashion influencers were asked to document and share their days using the Pixel 2. But the surprising outcome of all of this was a printed fashion magazine titled The Chain, with the implied message that the Pixel 2’s camera can take photos good enough to rival those in top-end fashion magazines.

Meet the fashion insiders who are shaking up the industry

Adwoa Aboah, Charlie Casely-Hayford, Naomi Shimada and seven other fashion insiders discuss an industry in flux, gender stereotypes and the power of ‘not being normal’ – capturing it all on a Google Pixel 2. Explore more from The Chain here: https://gu.com/p/7ftmk

The Chain demonstrates how advertising, advertorial, social media and print can be brought together in a genuinely integrated campaign. But the main reason that it works is that it is consistent with the values of both the organisation and the audience. The Guardian is first and foremost a printed publication. Fashion is also an industry well-acquainted with high-quality print publications. Therefore print here felt perfectly fitting, even when promoting a digital product such as the Pixel 2. Stay true to your own values when selecting your format, and emphasise them at the points at which they intersect with your user’s preferences.

3. The power of snail-mail

Subscription boxes are all the rage. Whether it’s a curated selection of beauty products, groceries pre-measured to make a delicious dinner, or ‘a hug in a box’ to help you fight depression, we’re going wild for monthly doses of postal pleasure. According to the Royal Mail, 27% of UK customers have already signed up to a subscription box service. They forecast growth of 72% between 2017 and 2022, bringing the value of the market to £1 billion. Could this be a new avenue for exploring direct mail marketing?

We’ve raved on this blog before about some good examples of this approach. Like the ‘Get Well Soon’ campaign in 2013, where Kleenex identified users posting online that they had the flu and posted them care packages. Or the ‘Home Move Box’ campaign from the building society Nationwide, in which they sent boxes in the post to home-buyers who had taken out mortgages, complete with everything you need to make moving day a success. Some of the subscription box services themselves are also offering other brands the opportunity to partner with them to reach potential customers; Birchbox have collaborated with Vogue, Etsy and Cath Kidston for the brands’ mutual benefit.

Universities have recently caught on to the idea of sending goodies in the post. Often as part of Clearing campaigns, frames, balloons and confetti are sent in the mail as a prompt for would-be students to respond with selfies that they post on social media. A small number of institutions have moved towards hyper-personalised approaches, sending handwritten cards from lecturers or peers to offer holders, welcoming them to the institution. The core of a successful campaign is empathy: think what it is that your users might be genuinely thrilled to receive, rather than simply creating another opportunity for them to promote your brand. If you get it right, they’ll probably end up doing that anyway.

The point here is not to persuade you that events, print or postal campaigns are the best way forward in themselves. The point is that for every campaign you need to choose the right medium based on its merits, as well as a thorough understanding of your target audience.

In summary, know your institution and be true to its values, know your users and offer them things that they’ll genuinely want, and look beyond campaigns that exclusively rely on social media – or any other specific platform – if you want to create real and meaningful connections between the two.

Want to talk more about how to develop a robust content strategy that enables innovative approaches both on and offline? Contact us.