How to fundraise on social media: Turn your followers into advocates 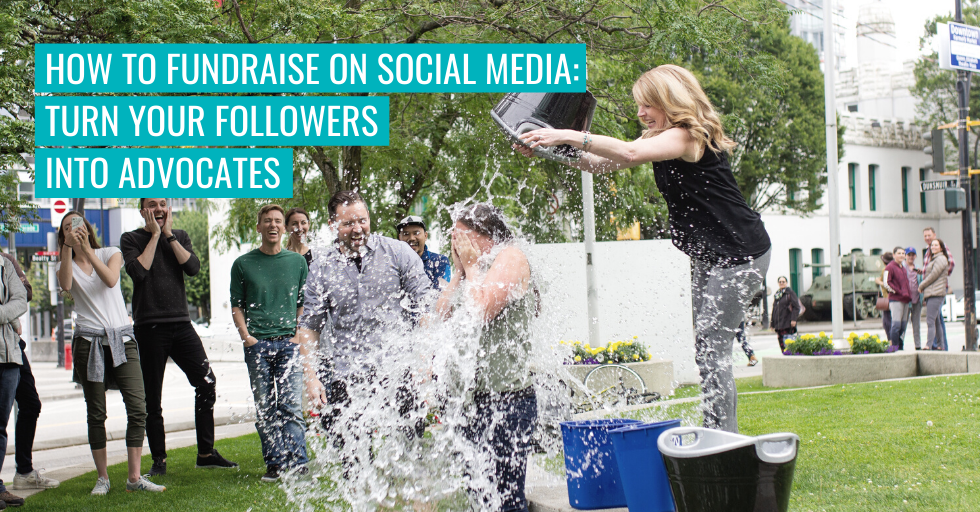 It has grown into a popular and effective resource for good causes in recent years:

– 92% of NGOs used Facebook to fundraise in 2018.
– 29% of people are now inspired to donate to charity by social media.
– More than a billion dollars has been donated through Facebook since its charitable tools were introduced in 2015. Learn more about those tools.

You might already be in a strong position. You’ve built your followers, inspired their loyalty. They’re engaged, listening, interacting – you are even becoming friends.

But your university is here to fundraise for a good cause, so you need to take your friendship to the next level. Time to ask for a favour. Seek their help in sharing your appeals or making a donation themselves.

This is the critical step: turning your followers into advocates.

And compelling content is vital to achieving this goal.

It could be a video appeal for a research project, or an infographic thanking donors for their support. I particularly like this charming infographic from the Royal Academy of Music, which presents information alongside musical puns and imagery.

Explain the benefits of spreading the word about your good causes, then ask them to share. Naturally, if the content is of a high standard then your followers are more likely to take pride in sharing it, such as this sweeping and inspiring video to launch the Boldly Notre Dame campaign.

But not everything has to be polished and cinematic in order for it to amass views. Quirky animations will also raise a smile and nudge people to press send. I will forever have a soft spot for Pete the Beaker.

Instead of a simple share, ask your followers to create content themselves around a particular theme and post it on their channels. This will show their followers that they have personally bought into your campaign. This user-generated content will also convey authenticity, in a way that sharing corporate content may not.

A famous example of this was the #IceBucketChallenge which raised money for ASL. The challenge encouraged people to post videos of ice being poured over their heads, even A-list celebrities.

There are plenty of examples of participatory campaigns for major charities – #NoMakeUpSelfie, #StopHungerCrime, #CheckYourSelfie – and education organisations have embraced this concept too.

The University of Birmingham is encouraging people to spread the word about their new campaign through Instagram Stories. Advocates simply have to take a photo of themselves then search for “Birmingham In Action” in GIFs. A whole host of GIFs are offered, themed around the various strands of the campaign.

INSEAD did something similar by allowing Facebook users to add the iconic INSEAD Hula to their profile picture. More about INSEAD below.

Participatory campaigns are fantastic for awareness and spreading a fundraising message. Plus, engagement is typically high because people like to be involved in activities that their peers are doing. It offers a sense of belonging and puts paid to any FOMO.

INSEAD posted a series of heroic banners throughout their 2019 Giving Day campaign to boost the momentum of donations. One such banner featured the Chair of the Campaign Board himself.

Further banners championed the generosity of alumni, whilst also presenting a challenge to encourage further philanthropy. For instance, alumna Paula Kirby pledged to donate €15 for every donation made by a fellow female graduate.

Marketing guru, Seth Godin, had a theory: “People like us, do things like this.” When we see people to whom we relate, or aspire to be, engaging in certain activities, then we are inclined to follow suit.

As with the Ice Bucket Challenge, we don’t want to miss out. We want to belong to a tribe. Social media is fantastic for cultivating this tribal mentality.

Fundraising on social media requires you to build and keep your following. This is a long-term commitment. It requires strategic thinking and careful planning, plus regular monitoring of your channels.

Yet your efforts will pay off when you initiate that final step of activating your followers. Their advocacy will be invaluable.

The key throughout is content. Keep delivering compelling content on your social media channels to turn your slacktivists into activists. In time, they will do the fundraising on your behalf.

Does your fundraising department have a social media strategy? If not, we would love to share our expertise with you. Drop an email to hello@picklejarcommunications.com to see how we can help.