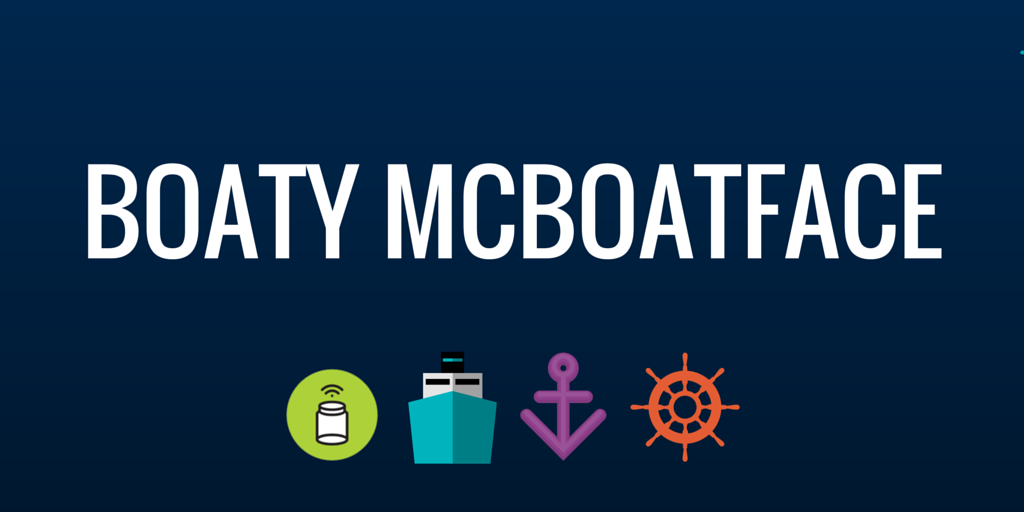 God bless Boaty McBoatface, and all who sail in her.

Social media offers companies and organisations a huge opportunity to connect with their audience, whether that’s for marketing purposes, customer service, or for gathering feedback.

A popular use of social media in recent years has been to promote online surveys or polls – it’s a cheap and easy way to get some more entries, especially when you’re part of a more niche sector that might not enjoy the national exposure others do.

But sometimes things don’t always go the way we expect. That’s what happened when the Natural Environment Research Council gave the public a chance to suggest the name of their new polar research vessel. NERC launched an online poll giving users the opportunity to submit possible names, which other members of the public could then vote on.

Because the British public is first and foremost a reservoir of subversive troublemakers, the lead suggestion is currently “Boaty McBoatface”. Which is a brilliant name.

Now, NERC faces an issue. Public engagement with science is difficult at the best of times. Only the most exciting stories stand a chance of gaining national – let alone international – interest. But here is a story that has now gone around the world, bringing exposure to a story that, really, could have been very dry. What to do? Join in with the jokes, or try to get things back on an even keel?

After a weekend of social media exposure, the NERC communications team is now apparently having a crisis meeting:

#BoatyMcBoatface update: No one at the National Environment Research Council is free to speak to me bcos they're all in a "crisis meeting"

I don’t think this is a crisis at all. It’s an opportunity.

I think they should play up to it. Join in with the jokes, but use this opportunity to highlight the important work they do. Humour is often the best way to get engagement on an issue – especially when other news at the time is so bleak. There was a risk here that the most popular name could have been offensive or crude, but it wasn’t. It’s just silly. And people like silliness.

Obviously NERC don’t have to use Boaty McBoatface as the final name. They’ve included a caveat to that effect: ‘the final name will be selected by NERC.’ So while there’s no promise to keep, the fact that this poll has received so much exposure means that there is now an expectation that the winning name will be adhered to.

I think going against that expectation would be a mistake. The public have shown an interest in this story. They’ve joined in, in good faith (with smiles on their faces, obviously). To then pull back and name the boat the “RRS David Attenborough” would be a cop-out. It would give the impression that the “public engagement” side of this story was merely a sham, and that NERC only cares about the public’s opinion when it conforms to its own views.

For an example of an organisation that fell foul of a public vote (in the days before widespread Twitter usage) but stuck to the results anyway, check out the story of Greenpeace’s humpbacked whale, Mr Splashy Pants. Greenpeace accepted the judgement of the public and kept their goodwill in the process.

I understand that there are larger issues at stake here. The name is, of course, silly. This ship will be Britain’s scientific ambassador to the world, so maybe it should have a name that conveys more gravitas, and more respect for the work it will be carrying out. And the scientist and researchers who carry out that work – would they be happy to be part of the crew of Boaty McBoatface?

(Their answer should be yes, of course.)

Maybe there’s a compromise that can be reached. Perhaps this particular ship receives a more official-sounding name, but the NERC still finds a vessel that can take the name Boaty McBoatface? It wouldn’t be ideal, but it would be good PR for NERC. It would certainly help to maintain this new positive relationship they’ve managed to build up in such a short space of time.

This story has raised awareness of the UK’s role in scientific endeavours, and brought NERC to the attention of people who had never heard of it before – but now they can’t squander that opportunity.

Whatever happens next, I’ll be keeping my fingers crossed for Boaty.