Your art is not your easel 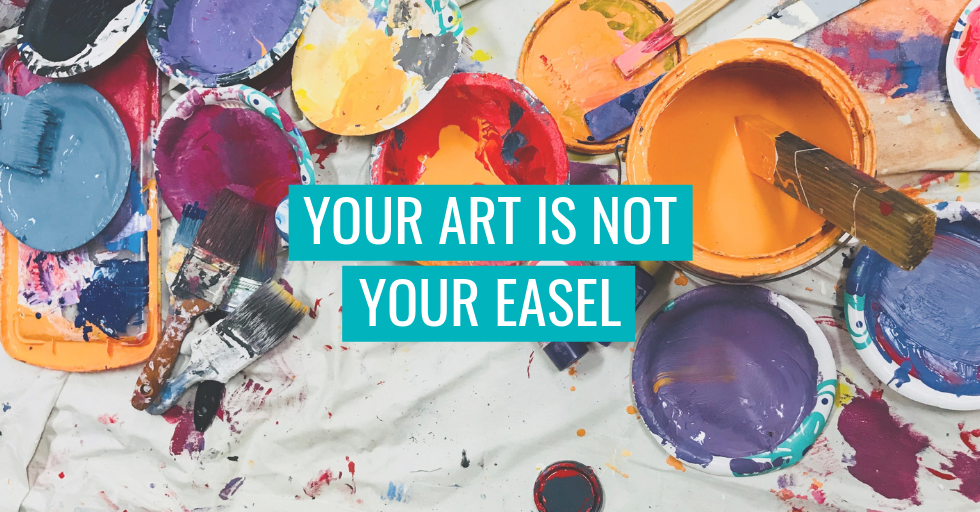 Midway through his talk at this year’s ContentEd conference (before the UK boiled into a fuzzy sweaty puddle), Dougal Scaife dropped in a casual comment. The Head of Digital Experience and Engagement at Leeds Beckett University was talking about how his institution had developed a chatbot that would field clearing enquiries from potential students.

Becky the clearing chatbot earned her keep. She cost around £100 to develop, and her 21,173 unique conversations led to 417 offers and 186 enrolments.

It was a successful project, painstakingly built on a chatbot platform called Chatfuel. But when Dougal first started telling this story, he admitted he didn’t tend to mention that detail.

A few years ago, I was working as a journalist at a regional North East England newspaper. I loved to scour the Internet for interesting ideas, sites, platforms, tools and apps. And that’s how I found a platform called Duedil.

(It’s also how I found the Dull Men’s Club, an amazing site which has the world’s most comprehensive directory of airport luggage carousels, and whether they run clockwise or anti-clockwise. But that’s another story)

Duedil was a business journalist’s dream. It allowed you to delve into companies on your desktop, digging out documents and information. It even allowed you to visualise how they linked to sister companies, and track which directors had roles elsewhere.

I used it nearly everyday. And told basically no one.

Because – at the back of my mind – I worried that the tool I was using was the secret of my “success”. And if everyone else found out about it, would I lose my edge?

It’s an easy mental trap to fall into. In the 12 years since the launch of the iPhone, there’s been an explosion in apps and platforms that help you make things easier, shinier, and quicker. We have the tools to build audiences, gather insights, and put together great stories and images.

But those tools do not write our stories. We do.

And we often forget that.

There’s a danger that – in the desperate rush to be heard, or to make something amazing – we fetishise the tools and the process, and minimise the human spark that gives them life. We think a good strategy leads inevitably to good content, and that a great photo app is the secret to great photos.

As a person in a creative field, I’ll bang on for days about the importance and power of creativity. But even then, it took me years to rid myself of the fear that my work would be “found out” if I told people what tools I used.

But the truth is this:

Your art is not your easel.

Hall of Fame basketball head coach Phil Jackson won 11 NBA titles with his “triangle” strategy of offense. That strategy wasn’t a secret. It was initially developed by Sam Barry at the University of Southern Carolina, and developed further by Barry’s former player Tex Winter. However, Jackson drilled that philosophy into talented players such as Michael Jordan, Scottie Pippen, Shaquille O’Neal and Kobe Bryant, and gave those teams the foundation to win.

Hall of Fame American Football coach Bill Walsh did the same with the San Francisco 49ers, using a “West Coast offense” that he developed with the Cincinnati Bengals. The system was widely adopted later, but Walsh won titles because he could apply it at the right times, and because he used to it to empower the right players.

Having a good strategy is an enormous asset. It gives you a framework to succeed, a firm direction, and an understanding of how you’re going to achieve what you want. And tools and apps can be important, in the same way as a good helmet and boots are important to football, and a decent stick is important in ice hockey. In some areas, really good equipment might even give you a slight advantage, or make you feel more confident.

But your winning team isn’t complete without players with the discipline to translate that strategy into action, and the flair to create something truly astounding. And that’s human creativity.

Douglas Scaife was right to be open about what platform the team used, because people were curious. But that information only tells people how to start.

What made the Leeds Beckett clearing chatbot worth talking about wasn’t the platform it was built on (although that helped). It was the way the team built on what they knew about the audience, and the way they used their knowledge, creativity and personality to bring it to life.

We should absolutely look for tools to solve our problems, and make our lives easier. But we are more than our tools, and once we realise that, it becomes easier to stop hoarding them.

The best creators I know have the confidence and character to adopt a cycle of “curiosity” and “generosity”.

The curiosity to delve beyond the default settings, and create something wonderful. And the generosity to share our journeys, so that future creators can stand on the shoulders of giants.