We’re all in this together(?) 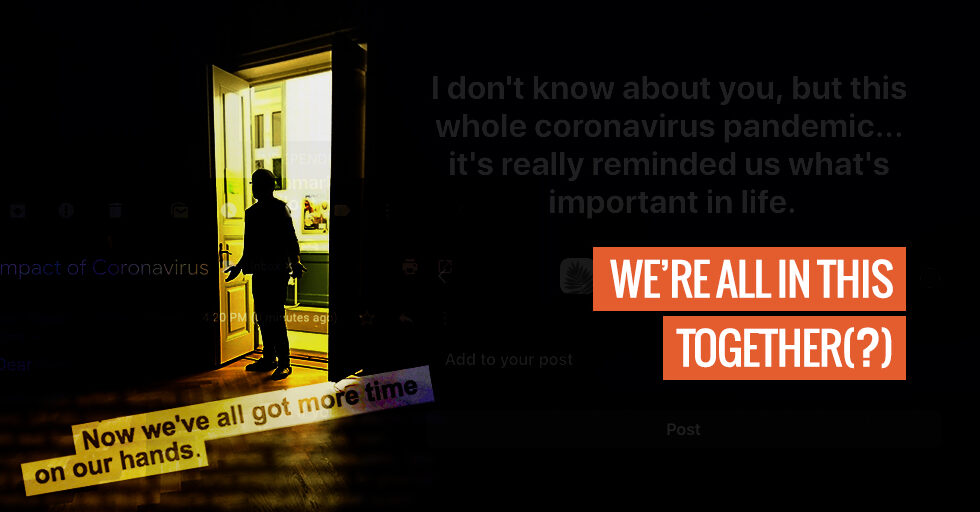 Some people say that when a crisis hits, everything you’ve learned goes out the window.

In many cases, you learn what you learn so that it can help you when you really need it. You learn so you’ve got muscle memory to fall back on when you’re running round with your hair on fire.

Which brings me to this:

All those years you spent thinking about audiences. Making content fit people. And reaching out to a person rather than a shapeless human mass?

Those skills didn’t suddenly become redundant in the face of a global event.

In fact, they just became more valuable than ever.

Coronavirus is everyone’s problem right now. It’s triggered a series of actions that have changed many people’s lives in dramatic ways.

At times like this, there can be a boiling, twitching compulsion to reach for those things that unite us. Those thoughts, feelings and characteristics that remind us that we share something. That we are together – even when we are apart.

And that’s totally understandable, and can lift many of us out of the fog.

We are all facing the same storm. But we’re doing it on different islands.

Take a simple phrase. Something that you’ve probably already seen a lot in tweets and emails. 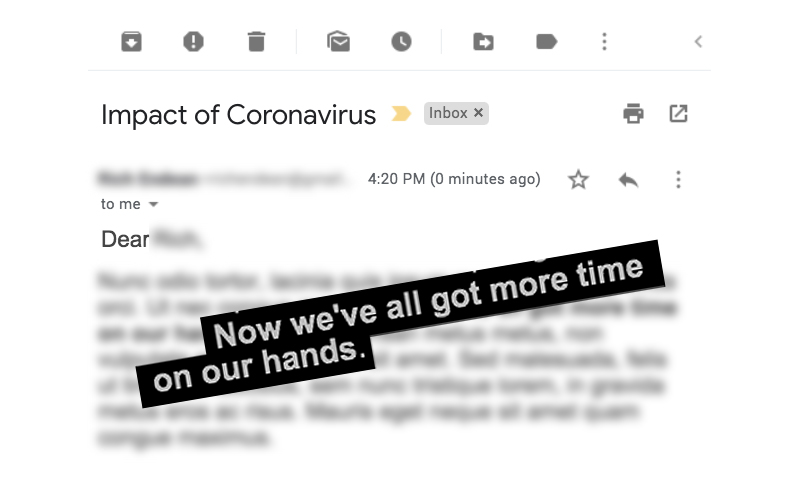 It’s a short, innocuous phrase. One that’s written with good intentions, and perhaps a genuine desire to make a connection. And, yes, a lot of people who will read it will be at home for one of many reasons. Possibly furloughed by their employer, or waiting for projects recently put “on hold”.

But there are also people desperately pitching to make ends meet. Other people doubling as substitute teachers for their children. Others acting as carers for sick relatives. Or suffering from sickness themselves. Still more people heading to work as couriers, or supermarket and warehouse staff. Or as health and care workers.

Some people have never had less time than now. Will they feel like you’re talking to them? 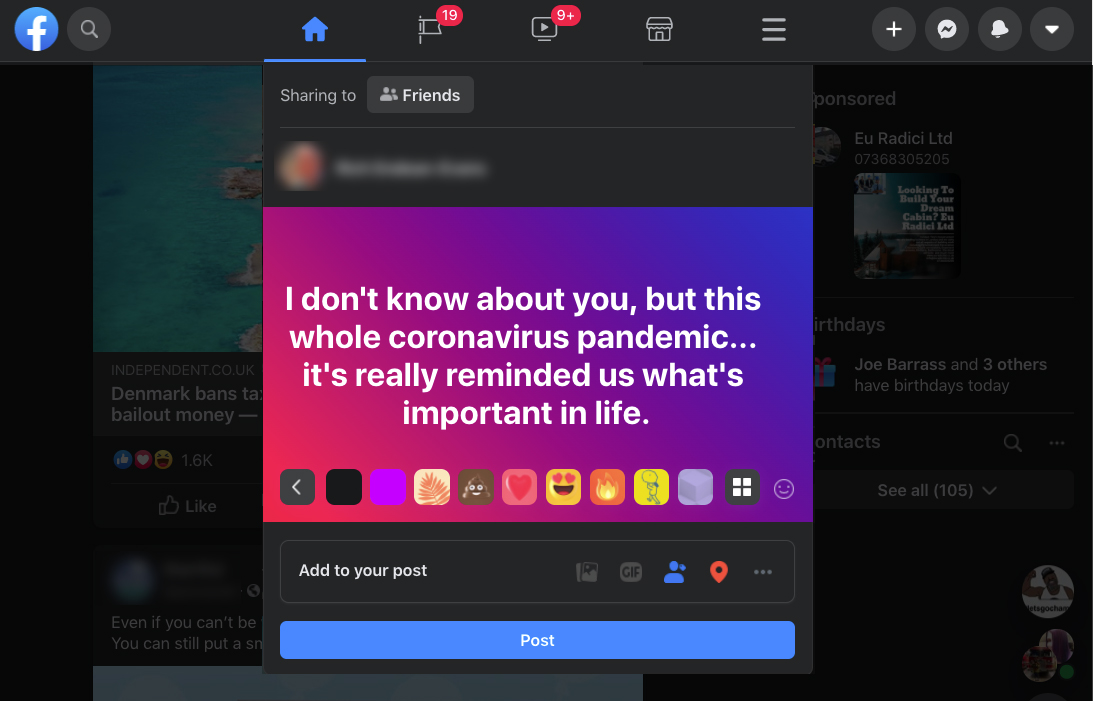 Go on: Try finishing that sentence without rubbing someone up the wrong way. Particularly now.

That’s the thing: We didn’t all start valuing the same things just because an agent of chaos exploded into our lives. An existential crisis like this doesn’t just *replace* everything we value. It takes those things that matter to us, and blows them up like giant balloons, until they’re all we can think about.

So if someone is focused on family, they’re probably going to be very focused now on how this situation will affect their loved ones. If they felt insecure in their career, they may well be up at 3am worried about their job, and how to make ends meet. If they were concerned about their health, it’s very likely going to be at the front of their mind. What’s different is that – often – a person’s capacity to think about *anything else* is diminished.

And that’s how you find them, when you figuratively knock on their door.

There is no magic shake of the etch-a-sketch that will make all our lives and all our brains the same. But that’s okay. It doesn’t make anything that we care about any less important.

Because when we talk to people…when we connect with people…when we help people, we shouldn’t just do it on the assumption that we will convert them. We should be doing it on the understanding that they will always be them, but that we were able to make them a happier, stronger, more empowered version of themselves.

With these giant personal balloons in our heads, it can be harder to empathise with people. But it’s so, so vital.

So don’t throw out all you’ve learned about talking to people as people, rather than groups. Don’t block out that little voice in your head warning that you’re assuming too much. Don’t decide that it’s “not the time” to consider different people in your messages. Resist the urge to say “all of us”.

Think of your audiences.

Think of what they need.

Use your user stories.

And do your best.

A crisis can be a hall of mirrors, where our thoughts and emotions are swelled, distorted and bloated. It’s disorienting. It’s isolating. It’s scary.

Which is why – when we next reach out to someone – we want it to feel like a supportive helping hand lifting them out of the darkness, and not a flailing claw grabbing at them from the shadows.