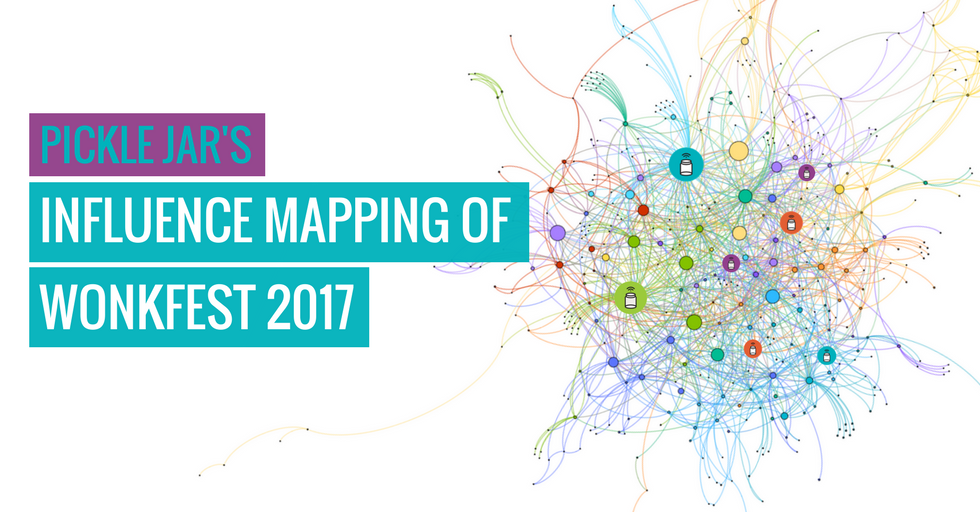 It’s been a while since we’ve mapped online influence on here… but we’re back now. This time, we’ve dusted off our influence mapping tools for the Wonkfest 2017 event which took place on 6th-7th November 2017.

For two days, higher education professionals, commentators, analysts and others headed to Wonkfest to talk about HE policy, recruitment dilemmas, how to get people to trust expert advice, and a whole host of other wonkish topics.

We’ve extracted Twitter data to create a map of online conversations taking place around Wonkfest 2017. This map showcases the most influential voices using the hashtag “#Wonkfest17” during the event. The size of an account’s node (a.k.a. the colourful circles) refers to the level of influence that person holds – now, this doesn’t just mean the quantity of tweets or followers, but moves beyond this to measure influence and interaction. You can follow the edges (a.k.a. the colourful lines) to see these interactions between different accounts.  Therefore, the larger the colourful circle, the larger the influence and interaction with other Twitter users during Wonkfest.

But why are there so many colours on the map? If your circle is green, what does that mean? Sure, the colours make the map look exciting – but there is a reason for this. The different colours visualise the various topics of discussion surrounding the #Wonkfest17 hashtag. So if you have the same colour as others, you’re likely talking about similar things. For a more detailed rundown of the meanings behind our maps, check out our other influence mapping posts for #CEAC17 and #THEWAS 2017.

Let’s jump right into the maps! Here’s the full map of both days of Wonkfest 2017… 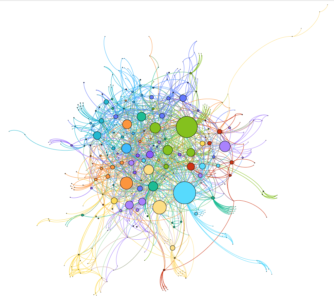 At the bottom of the map, we can see Wonkhe holds a significant amount of influence, as expected as the organisers of Wonkfest 2017. Other accounts linked to Wonkhe include David Kernohan (as Associate Editor of Wonkhe) and The Guardian (as hosts of The Guardian Stage at Wonkfest).

When we go a little closer into our maps, it is intriguing to see how similarly it mirrors the events of Wonkfest. For example, the winner of the Social Media Wonk of the Year 2017, Smita Jamdar, has a sizeable circle of influence within the main section of the map as well as branches of conversations sparking from her. Also, the winner of Wonk of the Year 2017, Lucy Hunter Blackburn, squeezes neatly into the centre of the map.

Moving to the top of the map, Mark Leach, Founder, Director and Editor-in-Chief of Wonkhe, is an influential voice during Wonkfest. Some of the speakers at Wonkfest also feature prominently on the map, namely Jo Johnson, Paul Greatrix and Amatey Doku. The venue itself, Ravensbourne, appears on our influence map – their students impressively undertook the branding, website, photography and videography of Wonkfest, so it’s great to see them represented. 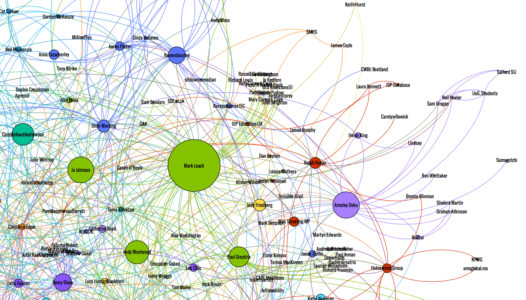 With our other influencer maps, we saw a couple of prominent accounts with many retweets branching away from the main section of the map (for example, see how this happens on our #THEWAS 2017 map). We don’t see this as often in this Wonkfest map, suggesting that there was much more back-and-forth interaction from a lot of accounts, rather than one or two accounts dominating the conversation. From what we can see from our influence maps, Wonkfest encouraged a lot of Twitter back channel engagement and discussion – the many lines of interaction within the main section of the map helps to visualise this brilliantly.

Feel free to download our #Wonkfest17 map yourself and explore your own connections during Wonkfest. Have a look, zoom in, find yourself… how much influence did your voice hold?

If you’re interested in seeing how influence maps can help your institution, we’d be more than happy to help. Get in touch with us for a chat.